Girls and Boys Lacrosse off to a Good Start 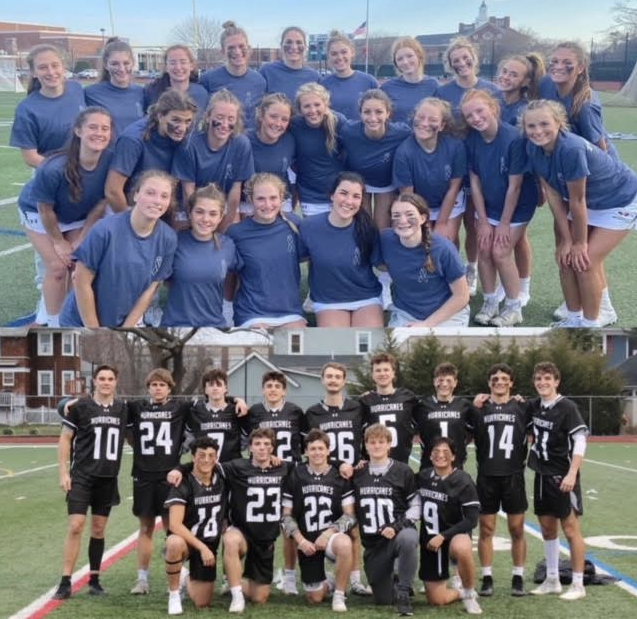 The WHBHS boys and girls lacrosse teams are looking for revenge after they both suffered tough losses in the first round of playoffs last season.

This year both teams have some big competition and have set goals. For the girls, senior Olivia Rongo said, “I think that our biggest competition this year is going to be Mt. Sinai and ESM. Those are two teams that we have never beat in program history and it is our team’s goal to beat them this year.”

“The team’s goal is to make it farther this year than we did last year and after that take it day by day,” said Olivia. Some of the girls biggest challenges is having a young team. Olivia mentioned, “Having a lot of young players makes them being confident on the field a little bit of a struggle. All of the young players are doing such an amazing job so far and are slowly gaining confidence and I know that they will eventually lose their nerves.”

The girls team has been preparing for games with yoga. Spanish teacher Mrs. Kearns and athletic trainer Mr. Leogrande led the girls in yoga, concentrating on stretching and relaxation.

Both teams host pasta parties before every home game for team bonding.

The varsity boys team is very confident in the team they have this season and have set big expectations. Having strong senior leaders like Danny Naglieri may help win games.  Danny says, “We seniors have been playing together since we were five, and we are in a very manageable division.” Danny thinks the team has a shot at competing with anyone this season.

However, the competition will be tough. Danny continued, “We play some really good teams, top teams on the island, some top teams in the country like Mt. Sinai and Shoreham so it’s tough to beat teams like that but anything can happen at any given time.” The boys will continue to work together and support each other reaching for their goal of making it to LIC.

The most important thing throughout the season is both teams supporting each other. Olivia said, “Both boys and girls teams are working very hard and can make it as far as they want to if they put in the work. Supporting each other is a pretty big deal so both teams try to go to as many of the opposite games as possible to cheer the other on.”

At press time, the teams both have 4-1 records.

Make sure you show your support for both lax teams. The girls play Mt. Sinai home on April 9 at 12:00 PM and over break the boys have a big home game on April 20 against ESM at 10:00 AM.  Make sure to come support. Let’s go Hurricanes!!