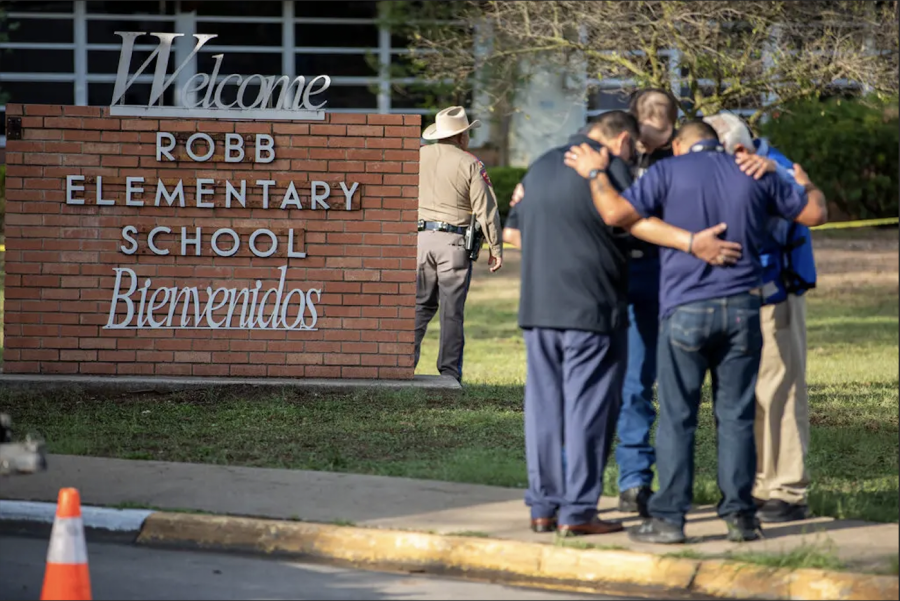 Recently, there was a school shooting in a Uvalde Elementary school in Texas. Tragically, 19 children were killed, two adults were killed, and two police officers were shot by the gunman.

The gunman was identified as 18-year-old Salvador Ramos. He was a high school dropout. He worked at Wendy’s. People who knew Ramos said he had been slipping away. He frightened his co-workers. One of his co-workers recalled that he once told her, “I’m going to shoot up Wendy’s,” but she never took his threats seriously.

So, why did this guy do such a thing to young, innocent lives? It is stated in the Nytimes.com article that apparently Ramos was bullied was younger. When he was picked on, he would “lash out in response.” When he went to school, some acquaintances said that he frequently missed classes and had few friends.

Ramos purchased an AR-15-style rifle at a local retailer on May 17th, a day after his 18th birthday. He bought another one on May 20th, he also bought 375 rounds of ammunition. Ramos had no known criminal or mental health history. Minutes before the attack, the gunman warned on social media that he was going to shoot up the school. Prior to that though, Ramos had shot his grandmother. Heading to the school, he was driving a pickup truck. He crashed the truck in a ditch and left it there. That was when he started heading to the school.

The first report of an armed man approaching the school was at 11:30.  Ramos entered the building despite being confronted by an armed school security officer. It is unknown what happened to that officer though. Ramos locked himself in a classroom with children inside and two teachers. He started shooting at each and every one of them. After Ramos wounded two responding police officers and engaged in a standoff inside the school for over an hour, specialized officers breached a pair of adjoining classrooms. Three of those agents fired their weapons once in the room, striking Ramos several times, killing him.

As stated in the beginning, Ramos shot 19 children. After being shot five times and taken into surgery, only one girl survived that massacre. The two teachers in the classroom died. The two police officers that were shot by Ramos survived. The grandmother, who was shot in the face, also survived. Despite her critical conditions, she was able to call for help. She was flown by helicopter to San Antonio’s University Hospital.

The most saddest part of this overall was that parents had to wait several hours for the dreaded confirmation about the fate of their children. Some  had to be provided DNA swabs to prove their relationships.

What you can do to help prevent another tragedy is to report anything you feel is unusual.  If you see or hear something, say something.